Don't Be THAT Friend: Know What NOT To Say Because It's NOT Okay!

IMAGINE YOURSELF IN THE FOLLOWING SCENARIOS: 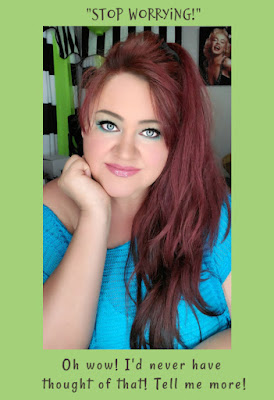 You: I'm allergic to bee stings.

Friend: It's all in your head.

You: I'm deaf.
Friend: All you have to do is choose not to be deaf.

You: I'm diabetic.
Friend: Just stop eating sweets. It's not that hard.

You: I was born without arms.
Friend: You could grow some if you really wanted to.

You: I have a nut allergy.
Friend: That's not a real thing. It's all made up to sell drugs.

You: I've got asthma.
Friend: You're just saying that because it's "trendy".

You: I have migraines.
Friend: Just stop watching the news.

You: I've got cancer.
Friend: Just stop thinking about it and it will go away.


I ask you, are any of those replies okay?

Is that how you would respond to a friend's physical disability or illness?


Are any of those replies kind?--compassionate?--helpful?

I hope you answered, "No! Of course not!"


You: I have so much anxiety that I had two panic attacks and now I can't seem to find the strength to brush my teeth, take a shower, and get dressed today.

Friend: It's all in your head.

Friend: All you have to do is choose not to be anxious.

Friend: Just stop stressing out. It's not that hard.

Friend: You could stop being anxious if you really wanted to.

Friend: That's not a real thing. It's all made up to sell drugs.

Friend: You're just saying that because it's "trendy".

Friend: Just stop thinking about it and it will go away.


For me, that scenario isn't imagined. It's very real.

Those are the exact responses I have received from friends and family while openly discussing and honestly expressing my feelings and struggles with an illness. Mental illness is just as much an illness as any physical illness.

I choose to talk about mine openly and honestly because I want to help break the stigma, educate people that don't understand it's a real illness, and help others know they're not alone.

Every single one of the "solutions" listed in the above scenarios was given to me by several "friends" and more than a few family members.

My initial reaction is to retaliate with a heated response. Why? Because I can picture the eye-roll, hear the snicker, sense the self-righteousness, and feel the judgment that I assume preceded the reply. And I assume that such a reply could only be made by a person who obviously doesn't give a crap about me or my feelings. Result? I'm left feeling hurt, angry, and defensive.

Hurt, angry, and defensive me has a very hard time "letting it go" but I have learned a) acting on assumptions alone is never a good idea, b) my initial reaction is caused by my own personal brand of issues, and c) recognizing and accepting this allows me to choose a healthier reaction.

Walk away before saying something I'll regret. Later--when I'm calm--rationally and logically attempt to understand why some people think it is "okay" to respond to mental illness in ways they'd never respond to other disabilities, illnesses, and/or diseases.

I've deduced there are three reasons:

1 - They don't understand mental illness because they've never experienced it.

2-  They don't know a mental illness is just as real as a physical one.

3 - They are doing exactly what I assumed because of the exact reasons I assumed.

Harsh? Maybe. But sometimes you have to be harsh in order to preserve your mental health.

There are 5 Major Types of  Anxiety Disorders.

Generalized Anxiety Disorder, GAD, is an anxiety disorder characterized by chronic anxiety, exaggerated worry and tension, even when there is little or nothing to provoke it.

Obsessive-Compulsive Disorder, OCD, is an anxiety disorder and is characterized by recurrent, unwanted thoughts (obsessions) and/or repetitive behaviors (compulsions). Repetitive behaviors such as hand washing, counting, checking, or cleaning are often performed with the hope of preventing obsessive thoughts or making them go away. Performing these so-called "rituals," however, provides only temporary relief, and not performing them markedly increases anxiety.

Panic disorder is an anxiety disorder and is characterized by unexpected and repeated episodes of intense fear accompanied by physical symptoms that may include chest pain, heart palpitations, shortness of breath, dizziness, or abdominal distress.

Post-Traumatic Stress Disorder, PTSD, is an anxiety disorder that can develop after exposure to a terrifying event or ordeal in which grave physical harm occurred or was threatened. Traumatic events that may trigger PTSD include violent personal assaults, natural or human-caused disasters, accidents, or military combat.

Social Phobia, or Social Anxiety Disorder, is an anxiety disorder characterized by overwhelming anxiety and excessive self-consciousness in everyday social situations. Social phobia can be limited to only one type of situation - such as a fear of speaking in formal or informal situations, or eating or drinking in front of others - or, in its most severe form, may be so broad that a person experiences symptoms almost anytime they are around other people.

I am someone who has been diagnosed with all five . Professionally.


I didn't just wake up one day and think, "OCD is trending! I want that! Chronic anxiety? Oooh, shiny. I'll take some! Heart palpitations with nausea? Sounds fun! Sign me up!"

Along with the Fab-5, just to make things even more interesting, I have also been diagnosed with a few other random things like depression and ADHD ... just to name a couple

No one who suffers from mental illness wants to be advised, counseled, or "helped" by that friend (or family member). It doesn't matter if your unhelpful/unkind reply was made out of ignorance or thoughtlessness. It's hurtful and makes things worse.

There's already tons of helpful lists of "what not to say" to people with mental illness all over the web. I'm not going to give you another one. Google will take you there. Instead, I'm going to make it SUPER easy for you to know what NOT to say so you won't ever be THAT friend. You ready? Here goes ...

All you have to do to know what NOT to say and how NOT to be THAT friend is pause, think, and remember that a mental illness is just as real and just as serious as a physical one. Reply accordingly.

And for the love of all that is good and right in the world, please, please, please stop saying things like "stop worrying", "cheer up", "snap out of it", and "get over it".

We all reach a point when we realize it's time to choose between our mental health and the 3's in our lives. Sorry not sorry but ...

"So long, see ya sucker, bon voyage, arrivederci, later loser, goodbye, good riddance, peace out, let the doorknob hit ya where the good Lord split ya, don't come back around here no more, hasta la vista baby, kick rocks, and get the hell out." 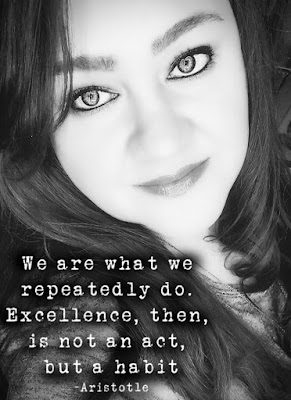 The Secret To Setting Achievable Goals in 2020!

the D.M. Kilgore
Hello & Welcome to my Country Fried Crazy Life! Here you'll find my "Diary" of a Domestically-Challenged Work-in-Progress, Author & Entrepreneur. Filled with Misadventures, Manuscripts, Mutts, Maquillage, and more. Follow me to join the fun. My aim is to inspire, educate, entertain, and encourage others as I navigate the winding back-roads of my charmed, chaotic, country life.

All Aboard! Join 1,352 other followers, friends, and fans. 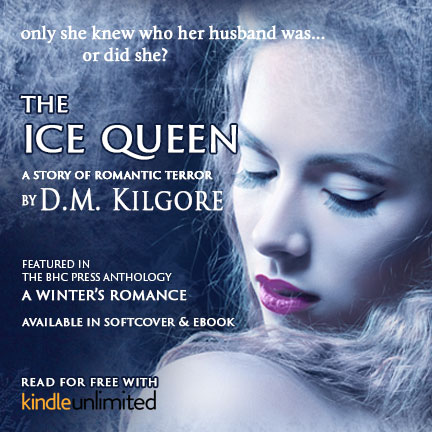 Only she knew who her husband was... Or did she? Krystine Pearson is less than thrilled with her husband's idea of a romantic anniversary getaway. Snowed in at a remote cabin in the Great Smoky Mountains, the only thing colder than the weather is their relationship. Desperate to heat things up, Krys devises a dangerous plan to bring out the best in her husband. Unfortunately, his best will be her worst nightmare. A twisted tale of romantic terror from the mind of D.M. Kilgore 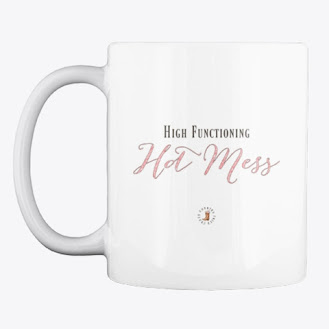 Grab yourself a little something-something as you exit through the gift shop!

Writing isn't as lucrative as most think! After all, I'm not quite Stephen King just yet! I support myself and my family by sharing products I use and love with others. Why not grab yourself a little something and help me keep the lights on! Thank You! 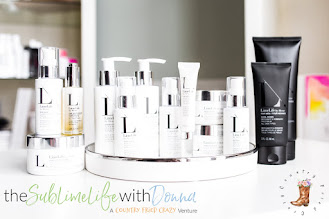 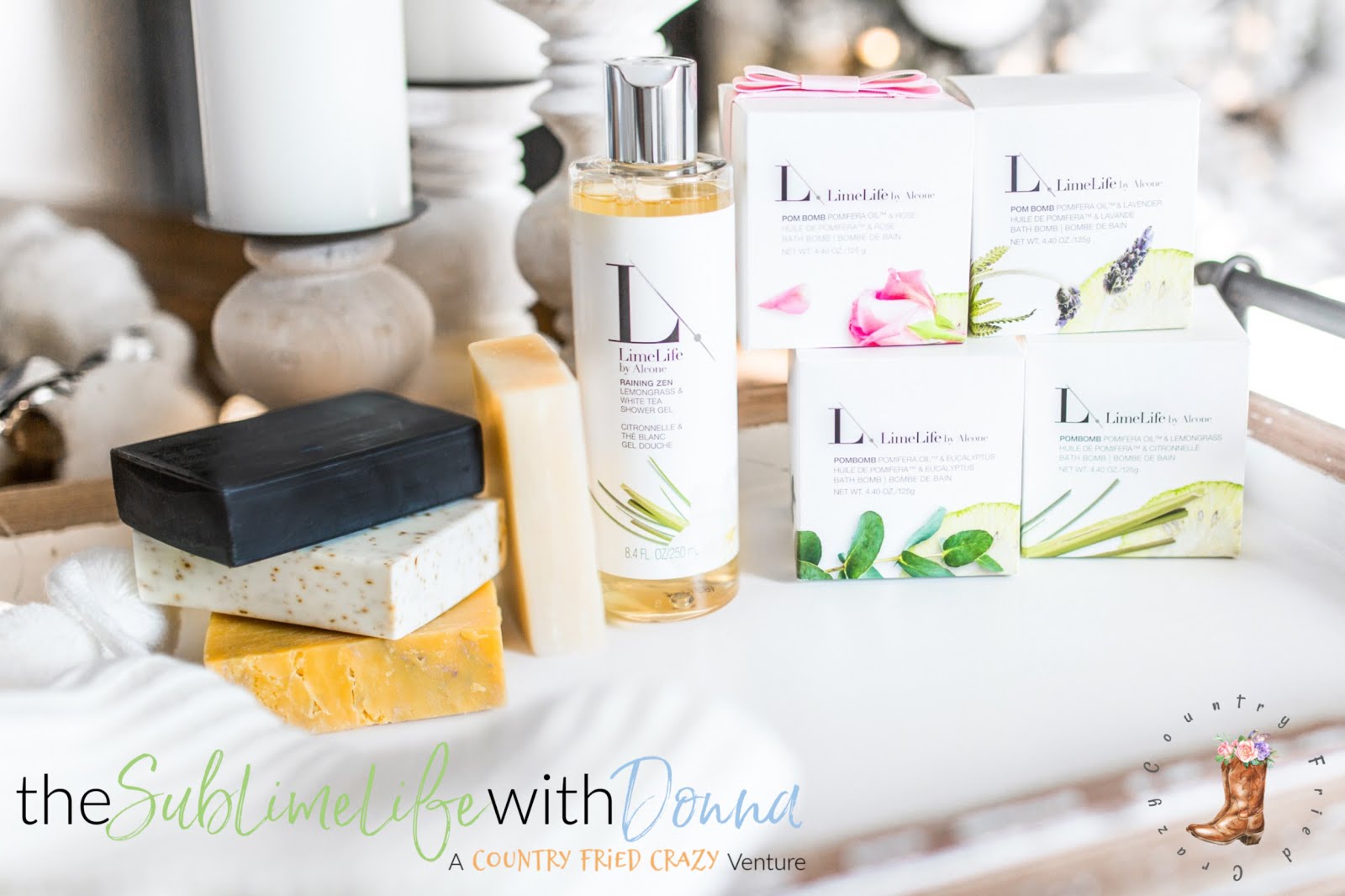 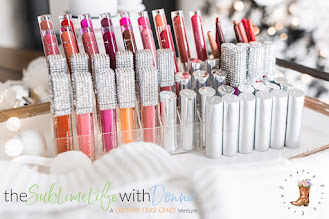 Professional quality products and tools to create a look that’s 100% you.